Conclusion
Tornadoes are intense and violent storms. If you ever find yourself in the path of a tornado, you should locate yourself underground. Do not stay above ground. Since mobile homes do not have an underground basement they are deathtraps. Modular homes are safer than mobile homes since they are constructed with a better foundation and most have basements which can be used for shelter. You need to get below ground ASAP to avoid flying debris which is a common killer during tornadoes. Also avoid highway underpasses as they provide no protection from the tornado and do not stay in your vehicle which is statistically more dangerous than being outside. At the first warning of a tornado get underground or in dive into the nearest hole or ditch and you will minimize your chance of dying.

Table 2: List of locations of tornado fatalities (from NOAA Storm Data) covering 1985-2007. Bottom row is percentage of total deaths for period. 2007 only contains data from January 1 to March 31.

Examples of the Event Reports
April 2, 2000 - Piedmont, Alabama - F2 Strength
...One elderly woman was killed and six people were injured in that area. The woman was one of three people in a mobile home whose frame was thrown approximately 130 feet by the force of the tornado...

April 11, 2001 - Cairo, Oklahoma - F2 Strength
...In Coal County, 1 fatality and injuries to another person occurred when a mobile home was thrown approximately 200 yards and disintegrated 4 miles east of Coalgate...

May 6, 2003 - Hillerman, Illinois - F4 Strength
...The only fatality in Massac County was a 65-year-old female who was killed when her mobile home disintegrated. The official cause of death was blunt trauma to the head. She was found in a water-filled ravine about 100 yards from the former site of her mobile home. The frame of the mobile home was wrapped around the trunks of two trees that were stripped of all their limbs... 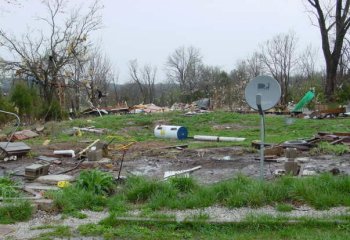 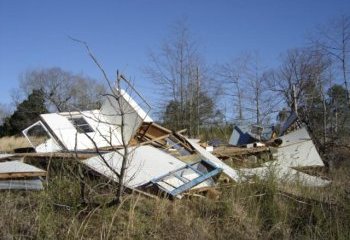 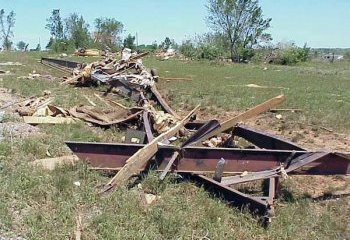 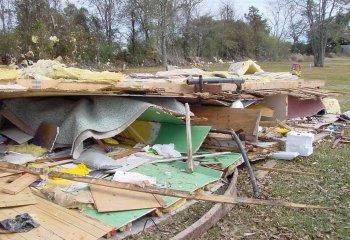